I’m back! That means getting things back in order. When I was last writing actively I was using Medium… which was pretty miserable. Medium was great for ease of use with a decent writing interface and app as well as excellent reader acquisition. Unfortunately the upsides had worse downsides. Formatting was limited (no tables?!) and everything was like when I used Jekyll but sort of weird. Then came the lock-in/paywalls and general lack of openness. 👎

First thing to think about is what I was really looking for. I’ll be honest, my first blog was really just started because everyone at GitHub had a Jekyll based blog, so I wanted one too (bandwagon!). At this point between my past and expected future writing I have some requirements.

There’s some other nice to haves like easy to setup search, being relatively cheap, but not so much.

Move back to Open Source#

While I wasn’t writing for the last two years I did cut things over to a new open source platform based on Hugo, a Golang based open source static site generator. That said I didn’t do a whole lot to set it up:

Given I can start writing again I decided to sit down and clean everything up. My setup was pretty alright, but I thought it could be better. I honestly started and ended with the same components, by and large they were great:

Netlify is a comprehensive static site hosting system. Basically GitHub Pages Plus, Netlify added a lot of what I was missing, including a CMS (basically a WYSIWYG Markdown editor) that backs into GitHub (which enables deployment and branch based Deploy Previews) and basic analytics (I presume just showing the web server logs they were already collecting, so no add-ons). All this for $9 a month (my only recurring cost). Couldn’t ask for much more.

While NetlifyCMS is great for workflow it isn’t the nicest writing experience. For this, long term, I use Ulysses. 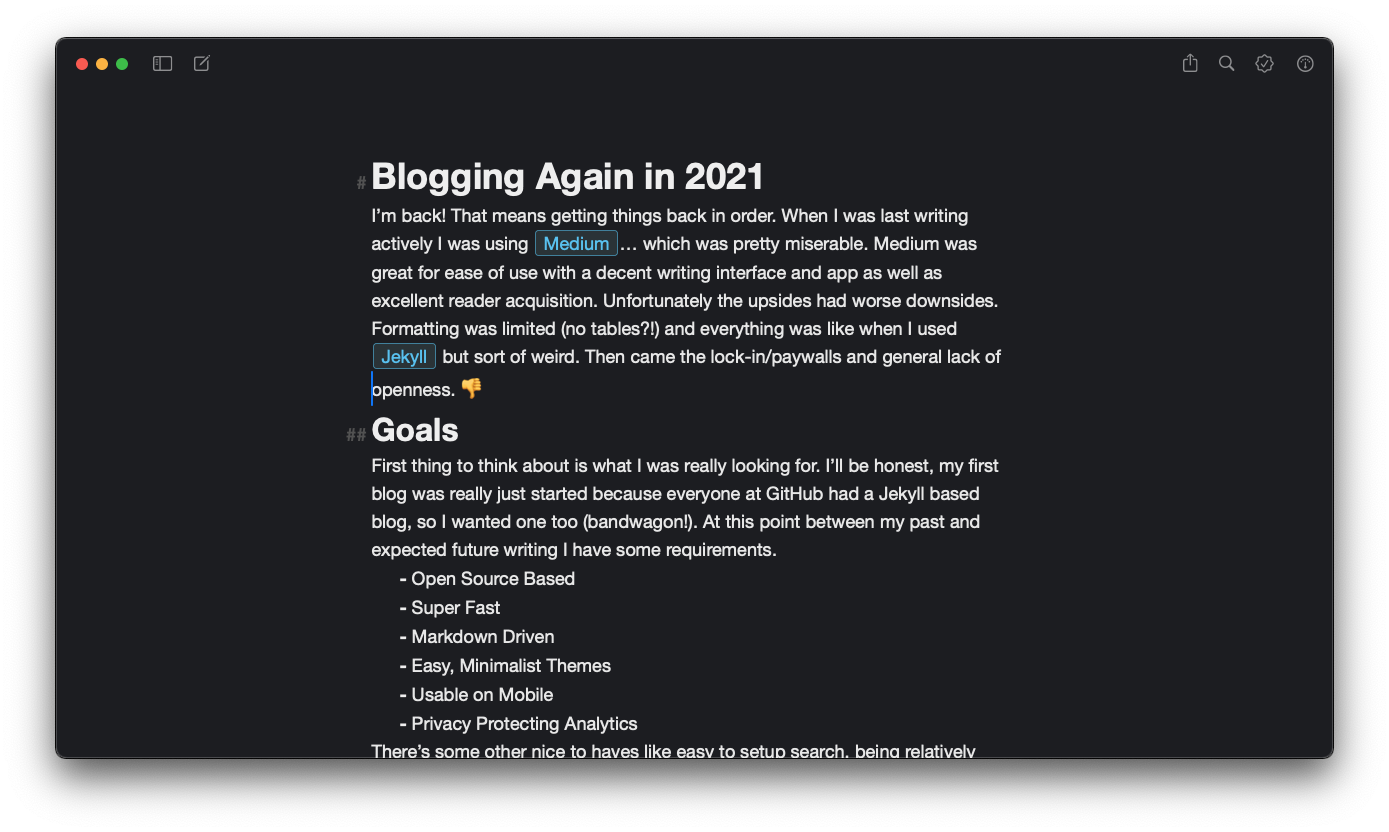 Ulysses simplifies writing by syncing everything between all my devices, providing a minimal and clean interface, as well as making it possible to organize research. My biggest beef with Ulysses is no support for Markdown tables, but otherwise I can just write in Ulysses and then go into NetlifyCMS to publish.

So up to this point I hadn’t changed anything (good choices mostly worked out). I kept everything in Hugo hosted on Netlify backed by GitHub the way it had been after moving off of Medium, but things had gotten a bit crufty the way on old system does. I’d built a bunch of custom changes to the theme, things were missing, but since my initial deploy Hugo-PaperMod a lot had been added.

So I started over. Full on scorched earth. 🔥🌎 I removed everything from my repo except for the Markdown files and the readme. Regenerated the Hugo site from the start and added my them back in. Re-added the static pages for NetlifyCMS and everything was back to normal. 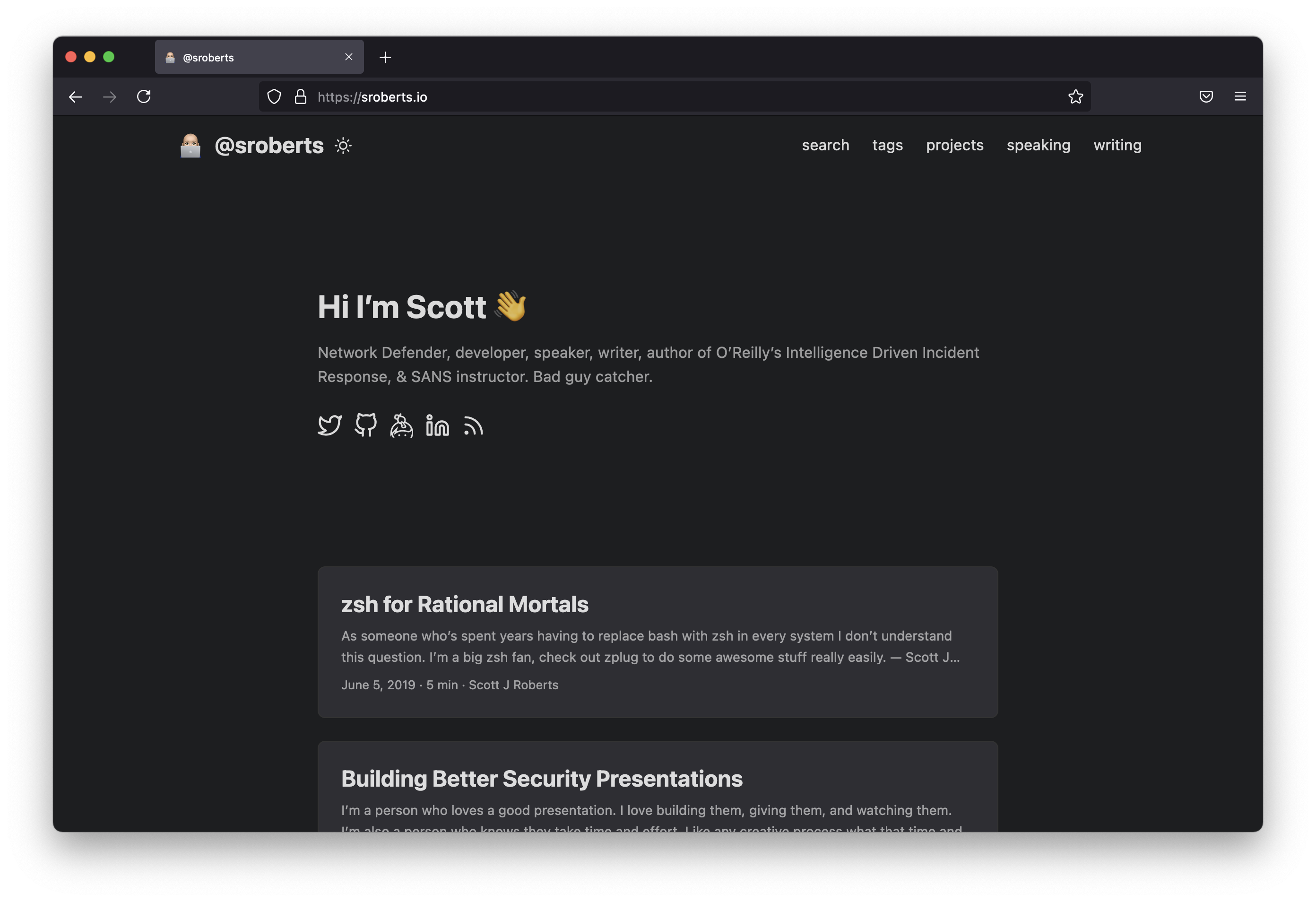 At that point all I had to do was configure a few new things and fix a bunch of errors introduced by the Medium export. The site now has search, better favicon/top icon support, cleaner RSS, added social networks (like Keybase). Now I just have to get to writing.